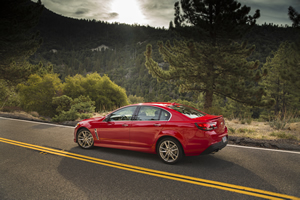 General Motors has ordered its dealers to stop delivering certain 2013-2014 model-year Chevrolet Caprice PPV and 2014 Chevrolet SS vehicles in new or used vehicle inventory, saying the wipers may become inoperative causing a visibility issue. The automaker has also issued a recall on these models.

This entry was posted in Safety News. Bookmark the permalink.