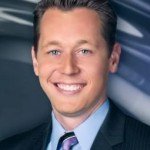 A recent expose by a Sacramento reporter has raised a discussion in the industry: who’s tracking faulty windshield installations? Reporter Kurtis Ming of CBS-Sacramento found a simple answer to the question: no one.

“… But there’s no box to check on the accident reports,” says Ming. “There’s a section for seatbags, airbags, but nothing for the status of the windshields.”

The report includes an interview with a California police officer. “We’ve never been approached for that,” he says.

When it comes to the possibility of adding this to the state’s forms, he says, “It’s not difficult if it has a real[ly] good safety cause to it.”

A state senator, Jerry Hill, has joined the cause, and says he supports tracking this important safety mechanism. He’s also pushing for the state to require auto glass installer training and certification in the state. “I think that will go a long way in creating integrity in the industry,” says Hill in the report.