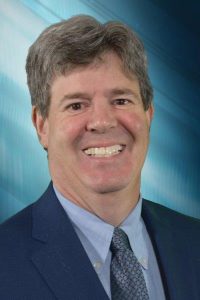 The Auto Glass Safety Council™ (AGSC) recently announced Seth Maiman as its new director of legislative affairs. Maiman is a resident of Bethesda, Md., but grew up in New York state. He has spent three decades in legislative affairs, including two stints on Capitol Hill and a decade in corporate government relations for MCI during the time of telecommunications deregulation.

One of his primary goals while working for the AGSC is to help develop and promote auto glass safety legislation. “I hope to be a valued resource for AGSC members, so if there’s ever an instance when a member isn’t sure how to approach a piece of legislation, I want them to reach out to me and I can assist them and provide a solution,” Maiman said.

Maiman received his undergraduate degree from the State University of New York at Albany and a law degree from the American University in Washington, D.C. He was sworn into the bar at age 24 and practiced law for a few years before moving on to government, political campaign and government relations roles.

“I look forward to building relationships with policymakers on the AGSC’s behalf. Government decision-makers are called upon to act on a myriad number of issues involving a multitude of industries. The information provided to them by AGSC and its members will be critical to their decision-making on matters pertaining to auto glass safety,” said Maiman.

According to Maiman, the Council’s overall message was a driving factor for him to join the AGSC.

“The AGSC has a safety mission and has continuously made strides to further education and safety in the industry. I want to expand on that and provide advocacy for those measures in the legislative arena,” Maiman stated.